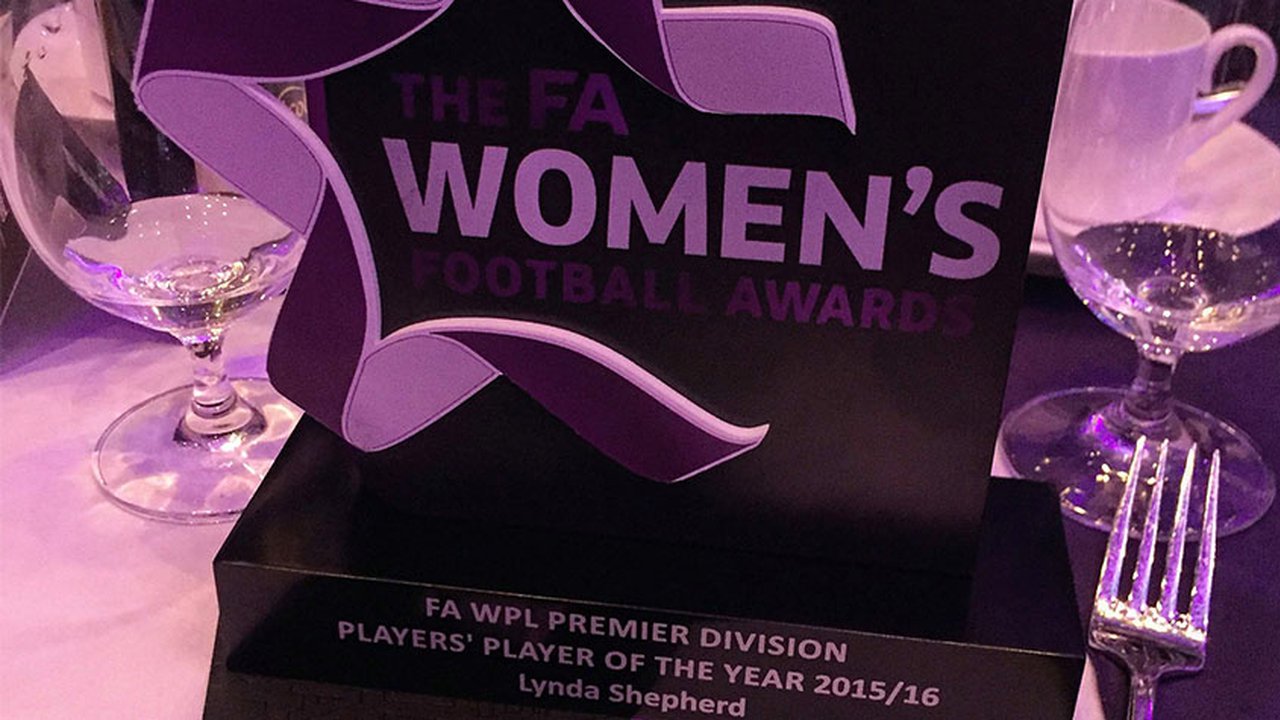 Lynda, who is captain of Blackburn Rovers Ladies, was nominated for the award by managers from teams across the FA Women’s Premier League, who chose the best opposition player after each game. Lynda plays in the central midfield position and has been at Blackburn Rovers for a total of 10 years.

Attending the event at Wembley, Lynda didn’t expect to win the coveted award and was overwhelmed when her name was called. “I’m not a goal scorer or a flair player, I do the dirty work, the part of the game that not many like to do,” said Lynda, “so it’s nice to know that I’m appreciated as a footballer, by not only my team-mates, but by my peers around the game too.

“It’s very flattering to be chosen by the opposition, it shows they see me as an influential player for Blackburn. I want to thank my team-mates, without them I wouldn’t have won this award, we are strong as a unit so I have to say, thanks girls!”

Lynda has been at The Manchester College for nine years and coaches the women’s football teams. “I love it,” said Lynda. “It’s great to see the girls develop not only as a player but as a person. The students are raw talent when they join us in their first year, but we work hard to develop them in the right way, so they play together as a team.

“I have a great bunch of students, they are enthusiastic and have a really positive attitude to learning.”

And Lynda’s students were delighted to hear about her success as well. “They’ve been really made up for me,” added Lynda.