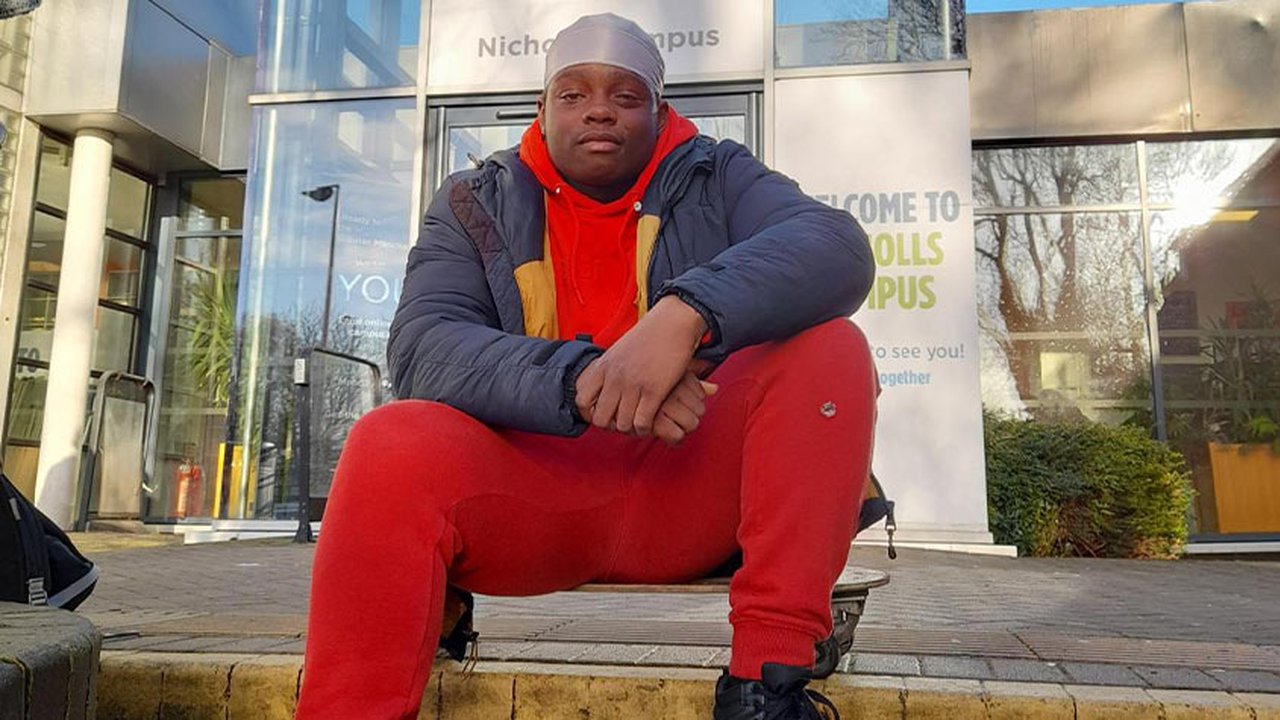 A student at The Manchester College is the new star of a national advertising campaign for the Department for Education.

After hearing about the opportunity via his tutor Andy McDonald, the 17-year-old submitted a video audition filmed around Nicholls Campus, and the casting team liked what they saw!

Joshua got the part and spent three days in London while filming the campaign.

It was a great experience.

“The people were very friendly and I was cared for so well. I got to see some tourist sights in London as I have never visited before.

“During filming, I had to take a running jump as high as I could in between two giant servers and land on a crash mat. My family were really proud and excited to see the adverts.”

Joshua is part of the first group of students to study on the new T Level qualification, also known as ‘Technical Levels’, that launched in September 2021. T Levels are a two-year programme that provide a high-quality, technical alternative to A Levels, combining classroom learning with a 45-day industry placement.

Joshua said: “I wanted to study a course with the option to do computing. I went to Harpurhey Campus initially and spoke with Pauline Kershaw, who was really helpful and she guided me to Nicholls.

“I am really enjoying the course. I have enjoyed learning about Python as it was challenging, and I have bonded with like-minded people who I happen to get on with. It’s a lovely learning environment.”

“After my course, I want go to university or start an apprenticeship, but I’m undecided at the moment.”

You can find out more about our range of T Level courses at The Manchester College and apply today.