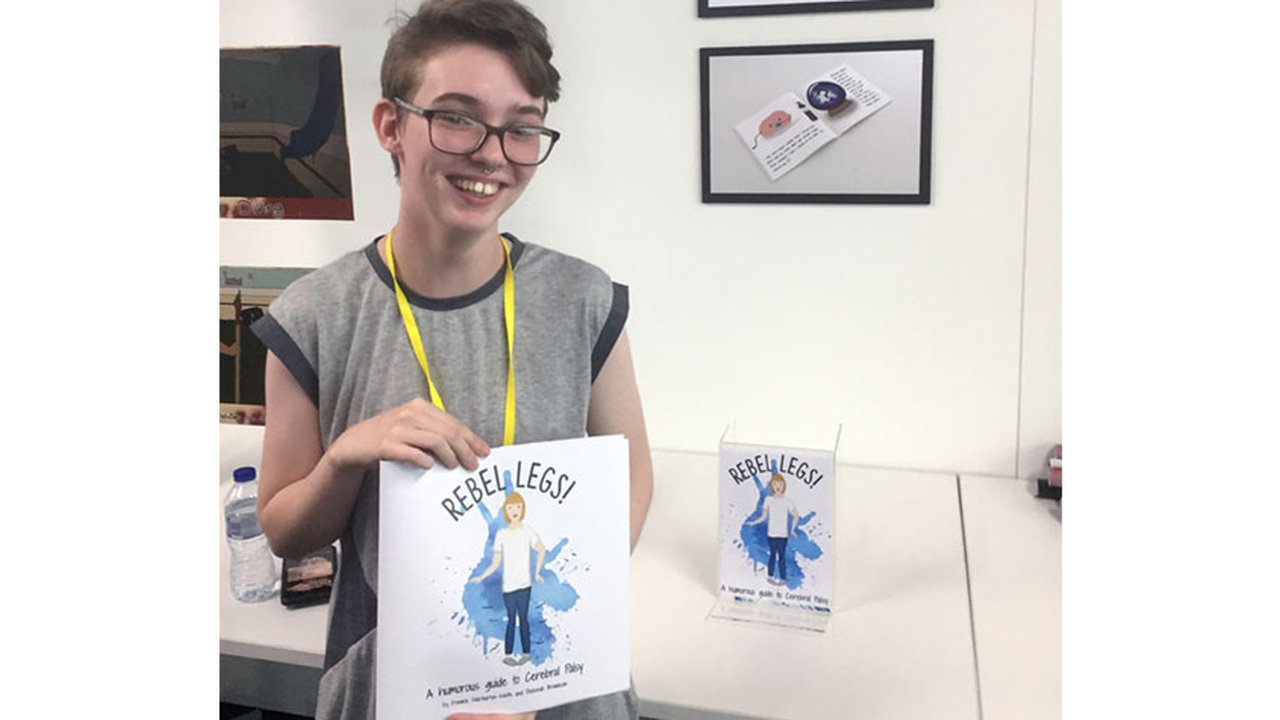 Digital Art and Animation student Frankie Warburton-Watts took her outstanding final project to the next level by working with a published author to produce an illustrated book.

Frankie has cerebral palsy and planned to illustrate Rebel Legs, a book on her condition, to raise awareness of it as her final project. Tutor Katy Rushton found the perfect partner for her in Deborah Brownson MBE, author of the renowned He’s Not Naughty book, a children’s guide to autism.

“Working with Deborah to create Rebel Legs was an incredible experience that gave me the opportunity to tell my story in a way I didn’t think would be possible for me,” said Frankie.

“I had no real references to help my understanding of my disability and what it meant for me as a child, so a book like the one we have created would have been really helpful to me.”

In August 2018, Rebel Legs was placed on exhibition at the Origin Festival on London’s South Bank, allowing Frankie’s work to reach the wider audience it deserved.

She said: “Getting my work in the public eye was amazing and the feedback I got was really positive. The whole experience has been amazing and has shown me what I can achieve with hard work.”

Frankie, who achieved a Distinction in her Level 3 course, worked closely with Deborah to perfect the content of the book.

Deborah said: “There aren’t a lot of books out there on cerebral palsy and none like the one I’ve worked on with Frankie. It’s positive, upbeat and something that’s engaging to someone of any age.

Frankie is a brilliantly skilled illustrator, but it’s also incredibly brave both to do this project and to embrace help from me as a stranger to her as well. A book like this can open people’s eyes and the more books that are out there like this, the better.

Tutor Katy Rushton added: “I am immensely proud of Frankie. She was brave and honest in telling her story, and in doing so has created some beautiful illustrations. It's amazing that she exhibited in London and I am sure this is just the beginning for her."