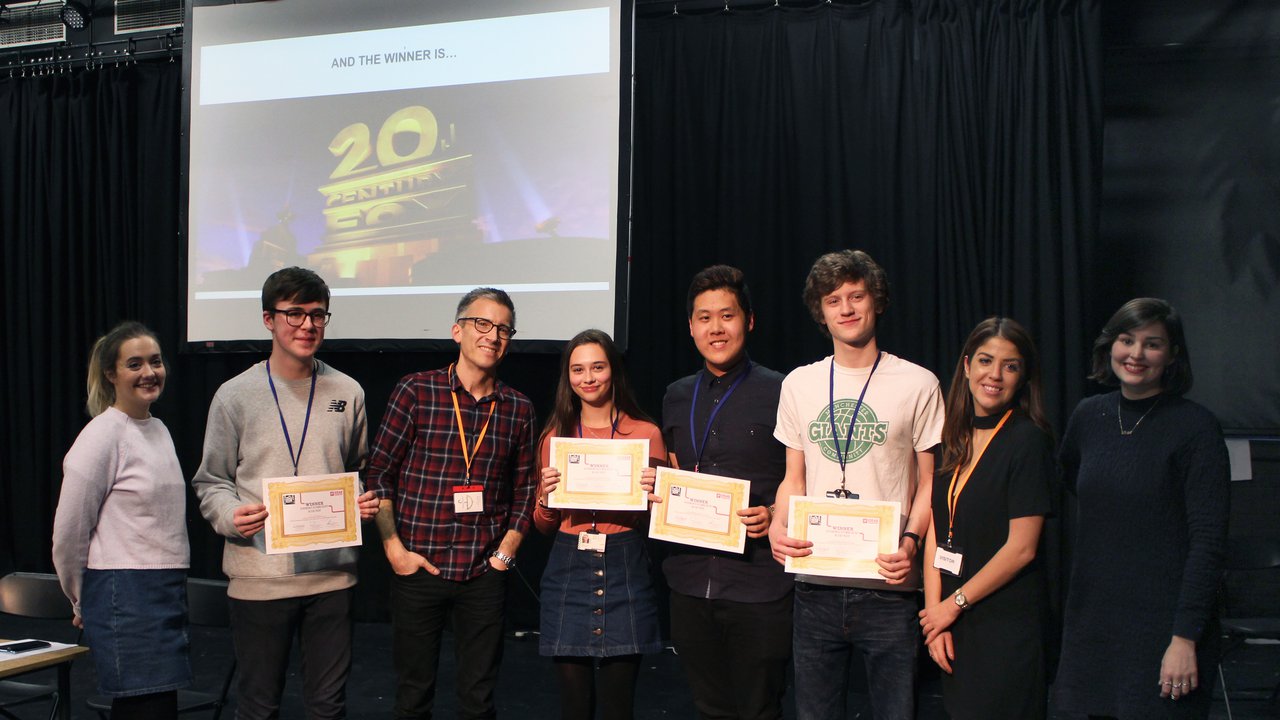 The camp, run by national charity Ideas Foundation, gave the further education students unique exposure to creative industries and was the first time this type of opportunity had been held within a College during term-time.

Professionals from 20th Century Fox set students a brief around the studio’s upcoming release, ‘Love, Simon’, and invited them to create a digital campaign that would establish the film as a feelgood, coming-of-age title for a new generation. The Hollywood film giant ran a series of workshops throughout the week to give students an authentic insight into the creative sector and its roles.

Katy Rushton, Media Tutor at The Manchester College, worked closely with the students throughout their project. Katy said: “This has been one of the most rewarding experiences I’ve had as a tutor. I’ve seen students who were too shy to answer questions in class grow in confidence over the course of a week, to the point where they could pitch their ideas to 20th Century Fox professionals.

“They learned so many new skills and gained unique knowledge they can apply to their course. They have also developed employability skills that will help with work experience. I am very proud of all of them.”

As part of their project research, students were allowed a sneak preview of unreleased footage from the film. At the end of the week, they presented final concepts at a pitching event to Cameron Saunders, UK Managing Director for 20th Century Fox, along with the members of the marketing team who had coached them throughout the week.

Student Frankie Warburton Watts said: “This has been incredible and a lot of hard work, but I’ve loved every second! I really enjoyed making the assets and visuals for our presentation. Two years ago I wouldn’t have believed I’d be pitching to 20th Century Fox.”

The students impressed judges with clever campaigns and ideas, with the winning team developing a campaign around the idea of “Facing Your Fears”, to fit with the film’s theme of ‘coming out’.

Student Dania Dukali said: “I’ve always wanted a creative career, but I never specifically knew what field I wanted to go into. I’m confident, good with people and like to try new things, which came in handy when I worked on this project. I was in the runner-up team, which was very exciting because there were so many other teams competing, so I was very happy with that.”

Helen Poole, from Ideas Foundation, added: “The students gained valuable work experience. They were set a live brief by a brand who are interested in hearing their ideas - and there’s always an opportunity that some of those ideas might come to life.”

All of the students who took part will be invited by 20th Century Fox to a pre-screening of the film in March before its official release in April.