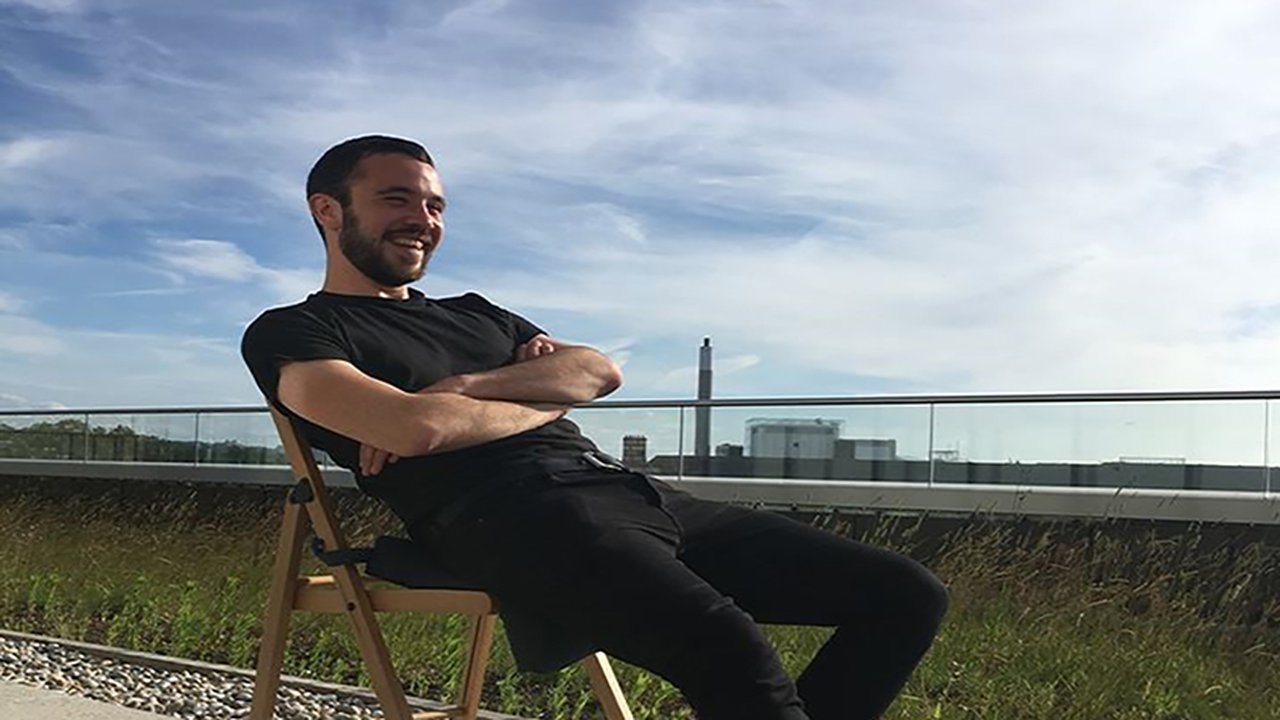 Gabriel Flynn started his English, Writing and Media Access course at The Manchester College’s St John’s campus in 2014. Fast forward five years and Gabriel, now 27, is a published author with a Starred First degree under his belt, a Masters degree in the pipeline and a secured Scholarship to Harvard University.

As a lot of us know success does not always come easily and you have to work hard to achieve your goals. That’s exactly what ex-student Gabriel Flynn did when he applied for the Access English, Writing and Media course at The Manchester College (now provided by our Higher Education partner UCEN Manchester).

After failing his GCSE’s Gabriel initially left education at 16 without knowing what he wanted to do or where his skills lied.

Gabriel Flynn: “Back then you don’t know your own ability or have any real faith in it.”

Just like many of us when we don’t follow the status quo, he worried that he had missed his chance
but had always wanted to pursue his interest in English and Creative Writing. Now Gabriel says it’s the best thing he ever did for himself.

GF: “One thing I’ve learnt is that it’s never too late, it’s hard to shake the mentality that it’s too late but it’s not.”

In completing his access course with a distinction, Gabriel went on to study English Literature and Creative Writing at The University of East Anglia (UEA).

Gabriel says that the Access course fully equipped him for the transition and hard work.

GF: “Access courses give you a chance to gain momentum and, if you take that first year seriously and put in the ground work, it helps make your life a lot easier and prepares you for whatever future you have planned.

Gabriel excelled beyond his own expectations at UEA and says this was a milestone in his academic career where he realised his potential and began to have faith in his ability.  He is now in the process of completing a Masters in Modern and Contemporary Writing and, having learnt not to let opportunities pass him by, Gabriel was also successful in applying for a Scholarship to Harvard University in Boston Massachusetts, USA.

“I’m really grateful for The Manchester College and for the funding and support. My tutor Shelley was amazing. I wasn’t in the position to pay for the Access course at the time so without Shelley and College I can honestly say that none of this would have been possible.

“If someone said to me when I started The Manchester College, that I would be where I am now, graduating university with a Starred First, a Masters and receiving a Scholarship to Harvard University, I wouldn’t have believed it”

Come August 2019, Gabriel will be jetting off to America to take part in the Kennedy Scholarship, where he will be affiliated with their English department as ‘special studentship’ and will experience world renowned philosophy, history and language classes.

When asked how he managed all of the work while being away from home and balancing a social life, Gabriel stressed the importance of getting “stuck in” with your course department and always feeding your curiosity.

GF: “Read a lot! Be curious and ask questions. I learnt so much from my tutors and hearing their own experiences.

“When I look back on my journey, I would want to encourage students not to be held back by where they came from or past experiences, see your differences as an advantage and set yourself a clear path from everyone else.

We wish Gabriel the best of luck!