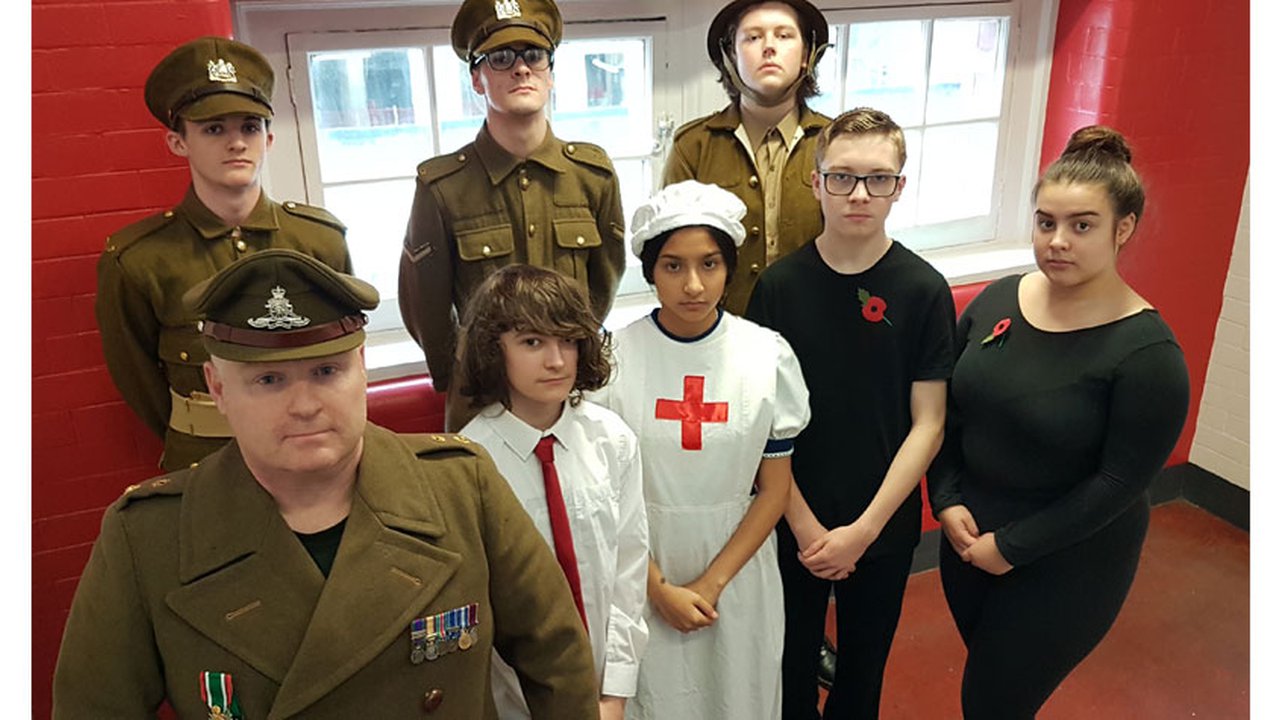 On Friday 9 November, Level 3 Musical Theatre and Acting students donned historical costumes, read poems and real life letters from soldiers, and sang traditional songs during the poignant ceremony which began with a two minute silence to remember the soldiers, civilians and animals who lost their lives in the two World Wars and more recent conflicts.

After the ceremony, a poppy wreath was laid at the First World War memorial by students including Robert Hart, whose great grandfather Samuel E Hart is named on the plaque.

The ceremony was organised by library coordinator Phillip Rigby, a former colour sergeant in the Royal Regiment of Fusiliers who served in the Iraq war and conflicts in Bosnia and Northern Ireland.

Organising this event is important to me because we have to remember those who paid the ultimate sacrifice. Every person in this college should know their history. We’ve got a fantastic Performing Arts department at Shena Simon and the students did a great job.

Students and colleagues across College campuses took part in their own tributes to the fallen, which included observing a two minute silence this year to commemorate 100 years since the end of the First World War.