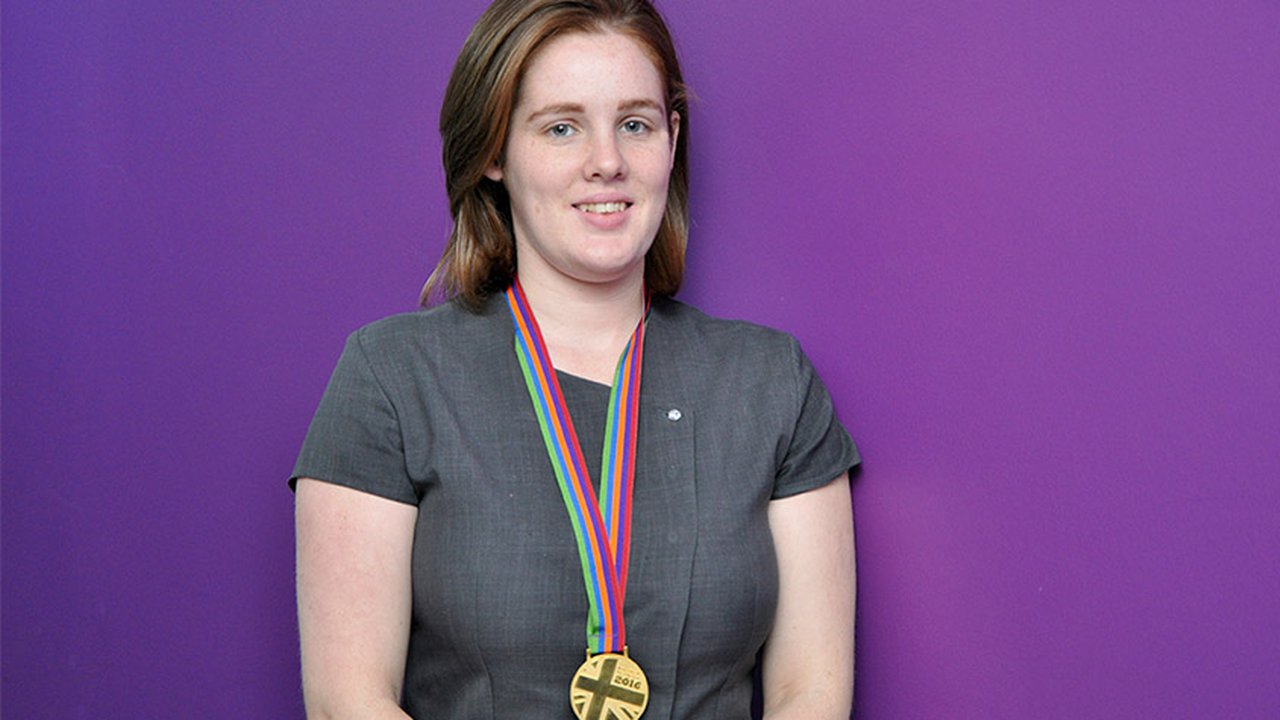 Kirsty Hughes, 26, a student at The Manchester College, has won the Gold Medal for Nail Enhancements in this year’s World Skills UK national finals.

Kirsty is currently studying for a Level 3 qualification in nail technologies at our Northenden Campus. In the regional heats, Kirsty was placed in the top ten nail technicians competing in the country and was selected to compete in the national finals at Birmingham NEC.

After competing against nine other technicians to complete a brief set by the judges on the day, Kirsty was named Gold Medal winner at the evening awards ceremony.

This is Kirsty’s third competition success this academic year. She also won third prize for freehand nail art in the AHT regional finals and second in the national finals, competing in advanced nail design.

Work as hard as you can. If you want it, you’ll get it.

Kirsty runs her own mobile business and has been able to build it up since starting her Level 3 qualification.

Kirsty was nervous at the start of the competition but soon overcame her nerves as she launched into the creative competition brief. She told us: ‘I was shaking, but once I sat down I was fine. We took a model with us and could talk – it was like being in a salon.

‘Winning has boosted my confidence a lot. I feel more confident with clients and people I don’t know.’

Kirsty’s advice for anyone with their eye on gold is: ‘Work as hard as you can. If you want it, you’ll get it. My son always says “if you try, try, try, you can, can, can.”