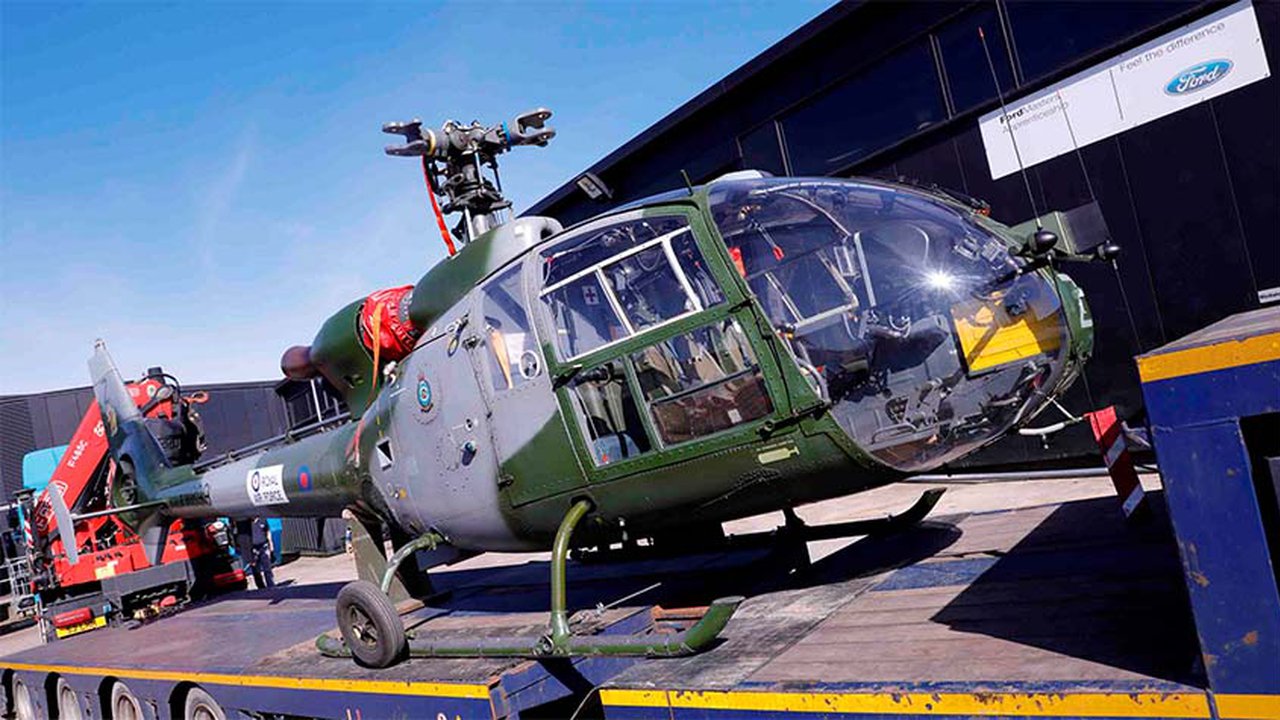 A Royal Air Force (RAF) helicopter has taken residence at The Manchester College’s Openshaw campus today as it prepares to be a host venue for the 2017 WorldSkills competitions.

The Lynx helicopter, used by the British Army Air Corps for a wide variety of roles and tasks throughout the world, will be used by students to test their aircraft maintenance skills as they compete to be a part of the WorldSkills UK team in Abu Dhabi later this year.

Greater Manchester as a region has been chosen to host the selection of the team and The Manchester College, along with Stockport and Trafford colleges, are the venues in which students will battle it out for inclusion. Training 2000, at Blackburn is also a host.

Beginning on Tuesday, March 28, the Openshaw campus will also host competitions in mechatronics (which are vital to industrial automation and robotics), auto-body repair and car painting.

Lisa O’Loughlin, Principal of The Manchester College, said: “Our automotive department is a real asset to our College, and our students, and to be chosen to host these competitions is a real honour.

“Equipping people with the skills they need to grow in their careers is at the heart of what we do. Having the right skills to progress in your chosen career leads to job satisfaction, increasing productivity which in turn drives the economy.”

There are nearly 100 young people, aged 18 to 25, on the WorldSkills UK training programme for WorldSkills Abu Dhabi 2017, which is billed as the world’s toughest skills competition for apprentices. The competition takes place from 14 to 19 October in the UAE.

International competitors from countries including Russia, Singapore and India will also attend the event as part of their training ahead of WorldSkills Abu Dhabi 2017.

Dr Neil Bentley, Chief Executive of WorldSkills UK, which manages the UK’s entry into international skills competitions, said: “The WorldSkills competition is a microcosm of how the UK is doing against economies across the world. By taking part we are able to showcase the skills of our apprentices, showing that the UK is open for business.

“Those competing in the selection for Team UK are inspirational role models. By hosting the event as part of the skills celebration in the North West and working with the host colleges and training venues, we can show young people just how far an apprenticeship can take them.”

The selection of Team UK forms part of a week of celebration of skills in the North West which also includes Choices, The Greater Manchester Skills, Careers and Apprenticeships Show, which takes place at EventCity on 29 and 30 March.

Lisa added: “Competitions like WorldSkills are so important to the development of our young people because they accelerate a young person’s career by providing a mechanism to develop technical skills and the high-level employability skills that employers say they need.

“Young people have the chance to pitch themselves against their peers, which is fantastic for their confidence and really builds their employability skills.”