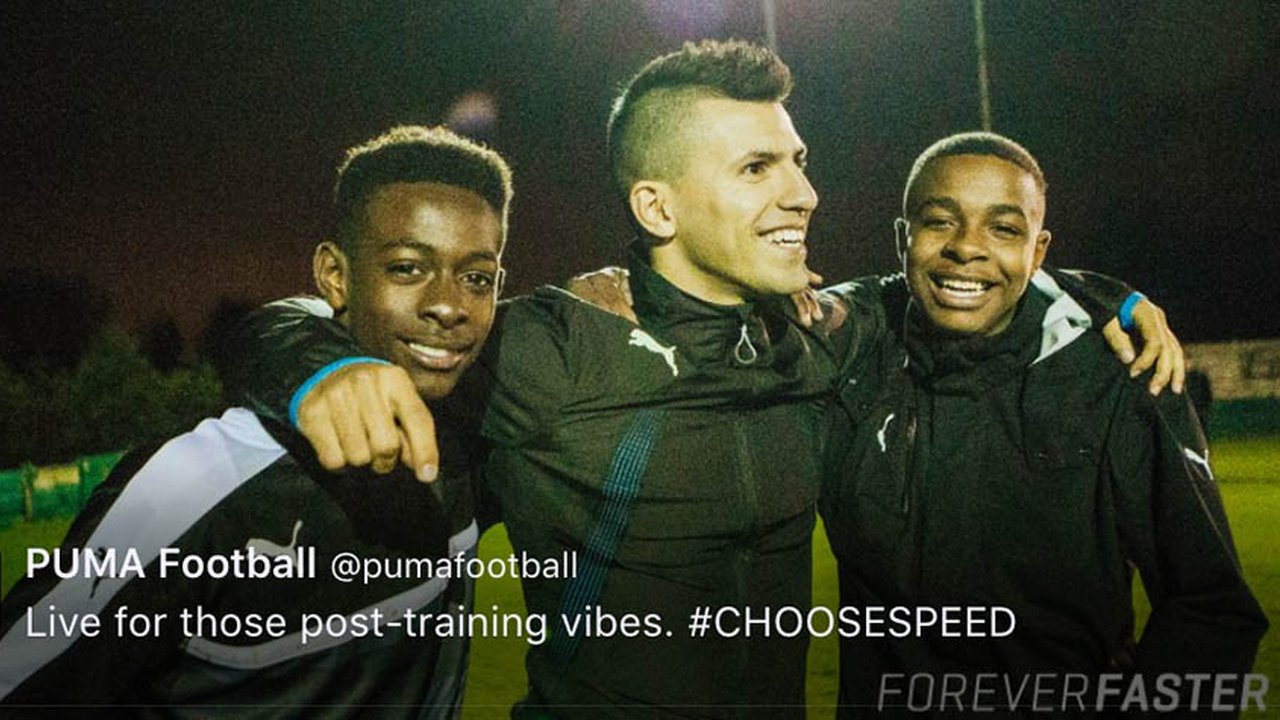 Football academy students have a kick about with Premiership footballers

The choreography involved student, Harruna Jarra, setting up a goal for Sergio Aguero from a corner kick and student, Elvis Amoakwa, impersonating Yaya Toure in avoiding footballs which were continually being kicked towards him to showcase speed.

Speed is the feature of the advert.

Stuart Nickson, Football Academy Manager at The Manchester College arranged for the students to appear in the advert after being approached by the casting agency. Stuart negotiated what the day would entail to ensure the filming would benefit the students in terms of their course and career prospects. The day started with the students being styled in a Puma kit and football boots and then working with stylists, choreographers and producers before working alongside the Premiership footballers. Stuart said: ‘The students were given first-hand experience of working with professional people and an understanding of what it’s like to work a long day.

Two of the students had main parts in the adverts and the casting agency have put these students on their books for potential future work.

This is fantastic for employability opportunities. Also, the choreography involved developing sports techniques which are relevant to the sports course such as using specific gross motor movements to increase speed.’