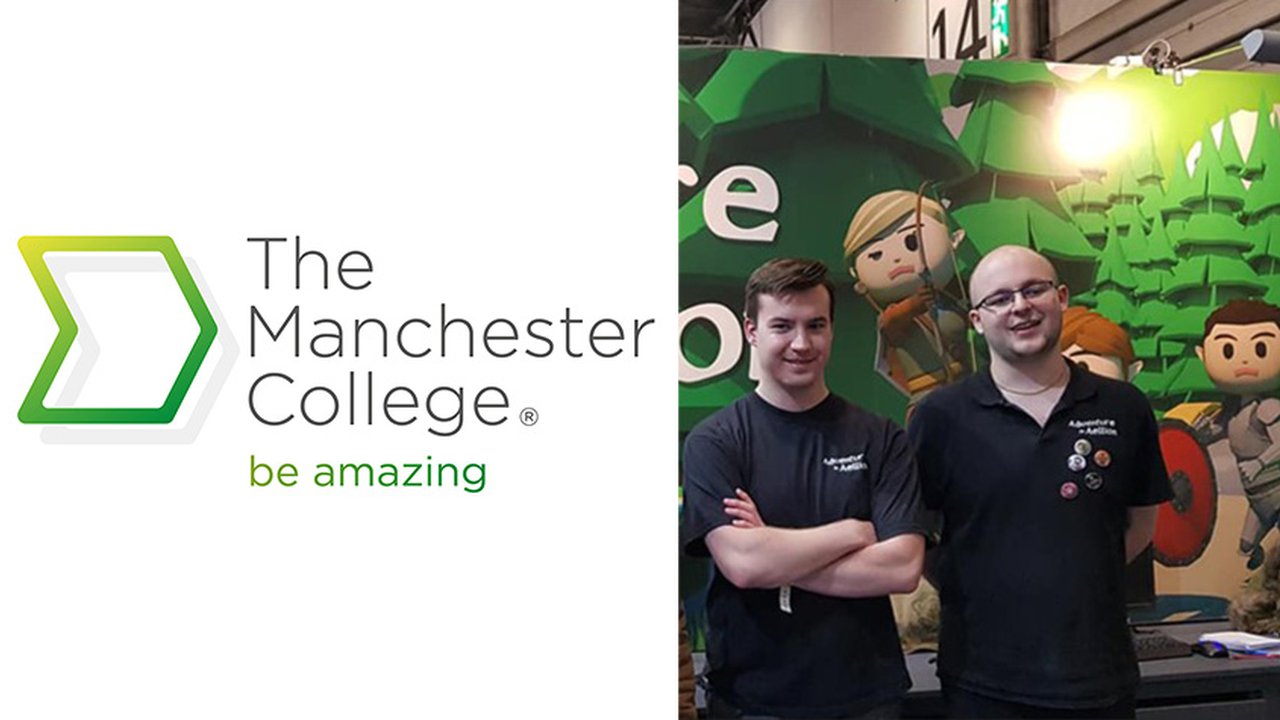 College alumni enlist help of current students as they launch their first ever online game.

Two College alumni have released the first title from their production company, after enlisting the help of last year’s Level 3 Games Development students.

Elliott Dodsworth and Luke O’Donoghue founded The Game Production Company after graduating from College in 2014 and earlier this month, released their the early-access version of their first title, Adventure in Aellion, an open-world fantasy RPG.

After being contacted by Gaming tutor Ben Elson, Elliott and Luke visited the College in February to work with Level 3 students, giving them real workflows for the game’s development. Some of the students’ work is featured in the trailer and will feature in the game when it’s fully released.

“Ben contacted us and asked if we could offer some work experience to students.

Ben puts a lot of effort into making sure the students get everything they need to succeed and I would say it’s the best course in the country at that level.

"The tutors put in so much effort. We will keep up our partnership with the College as the students do some great work for us and they get real work experience, so it’s mutually beneficial."

“The gaming environment in Manchester now is a lot different to when we were at College. A lot of big studios have moved here and the ones that were already here have expanded. The local indie scene is almost entirely made up of Ben’s students!”

Working with Elliot and Luke was a great experience in so many ways.  They gave the students the opportunity to work on a real title and see their own skills put to good use in the development of Adventures in Aellion.

"They use the same software and pipelines as our Games Dev courses, so each student was able to relate what they had been learning to a real studio and project. Also, Luke and Elliott were on the Games Dev course at The Manchester College in 2014, so to see them go on and build a company and a title was something special. I'm really proud of them - they have the motivation, the imagination and the industry it takes to create a game. We really look forward to working with them more in this new academic year.”

Find out more about our Centre of Excellence for Creative & Digital Media at TMC Live and enrol today!