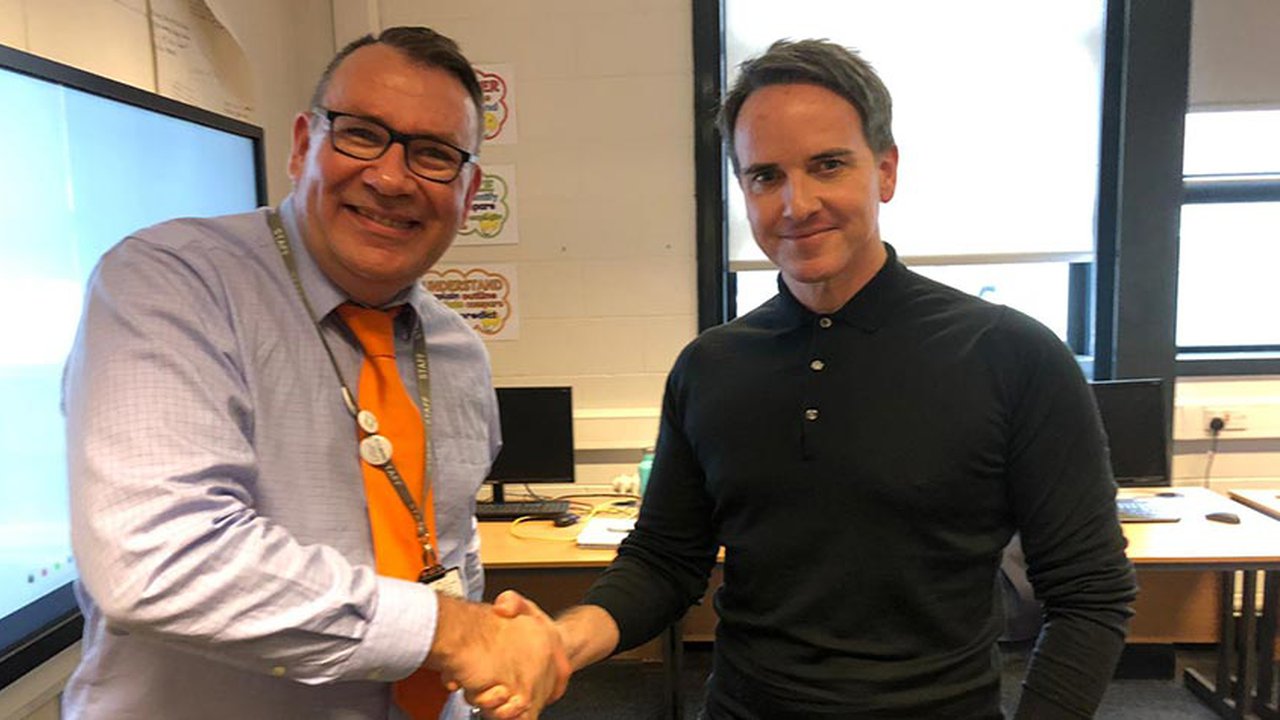 The self-made entrepreneur and maestro of the Manchester music scene had the full attention of over 60 students specialising in Business Law, Entrepreneurship and Marketing.

After building a career with the internationally famous, Warehouse Project and Parklife Festival, Sacha was appointed Greater Manchester’s first ever Night Time Economy Adviser. This role saw Sacha working closely with the Greater Manchester Combined Authority to act as voice for workers, operators and the leisure and hospitality industries.

Subsequently, a raft of measures have been announced to improve safety, transport and the cultural diversity in Greater Manchester; including the introduction of later opening hours and the development of night-time transport links to better serve under-represented communities getting in and out of the city centre.

Students had endless questions for Sacha surrounding his business strategy and advice for success. As a result of this session, one of our Level 3 learners has been offered the opportunity to shadow Sacha for a week leading up to Parklife Festival in 2020, giving them an unparalleled opportunity to work for one of the biggest names in the industry.

I feel that the learners involved gained valuable knowledge from the session and found it an uplifting and inspirational experience. I hope that this is the beginning of a long-standing working relationship with Sacha, who has been recently voted as one of the Top Ten Most influential Mancunians.