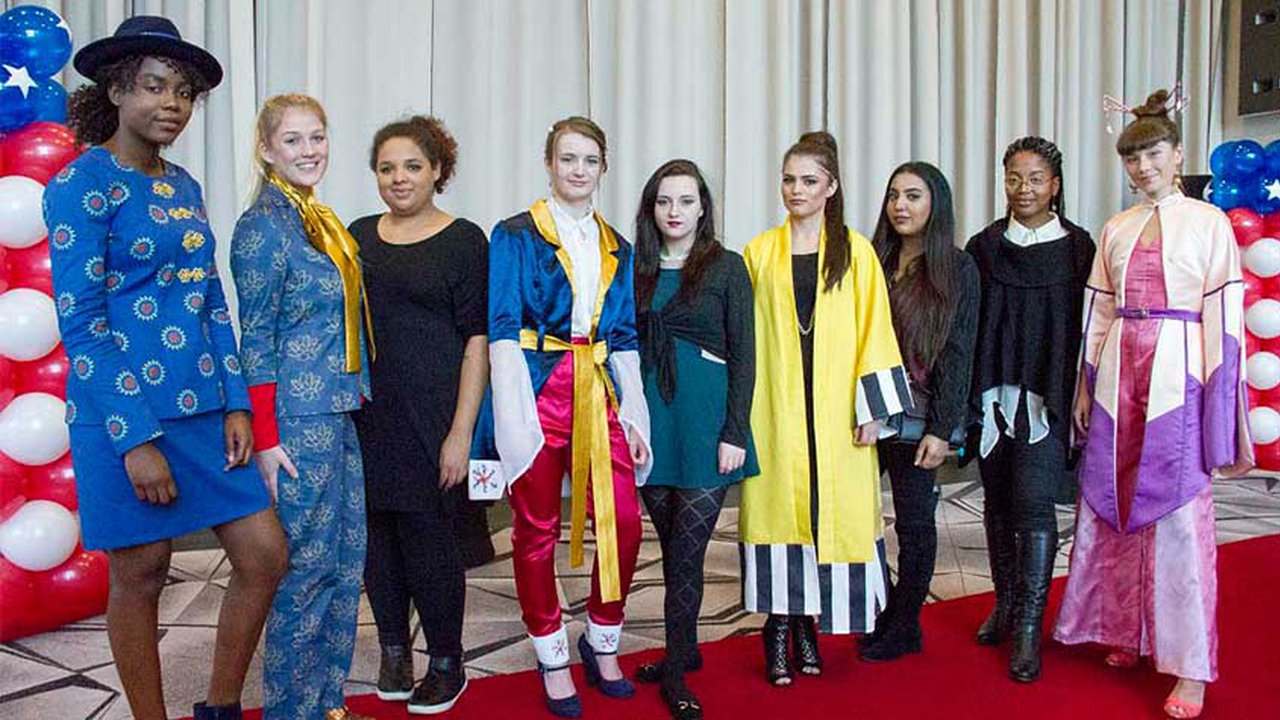 Students hit the fashion runway with their designs

The Visual Arts students had taken part in a competition run by Singapore Airlines as part of the company’s celebrations to launch new non-stop routes from Manchester Airport to Singapore.

Following the catwalk show, a panel of judges from Singapore Airlines, Manchester Airport and The Manchester College, sat down to choose the overall winner. The decision was a tough one as each outfit had something that appealed to every member of the panel. After much deliberation, Cathryn-Jane Shires was declared the winner with Elizabeth Duyilemi named runner up.

After receiving her prize of flowers, gift vouchers and a model aeroplane by Sheldon Hee, Singapore Airlines General Manager of the UK & Ireland, Cathryn-Jane, who is studying Level 3 Fashion Design at the college’s Northenden Campus, said: “I was really shocked when they called my name, but absolutely delighted! This is definitely a great start to my career.”

exceptional opportunity to flex their creativity...................and have the realistic experience of working to a very demanding brief

Cathryn created a six piece mix and match collection based on the idea of international travel with a businesswoman style. The designs reference the mixture of Indian, Chinese and Malaysian culture that combines Singapore’s social makeup, with the print incorporating the lotus flower in a nod to both Buddhist and Hindu religion.

Andy Piper, Head of Department for Media and Visual Arts at the college, said: “Taking part in the Singapore Airlines competition has been hard work but enjoyable and worthwhile for all concerned. Our students have had an exceptional opportunity to flex their creativity, gain the attention and feedback of VIPs and have the realistic experience of working to a very demanding brief. I’d like to thank Singapore Airlines for the opportunity to show off the top flight work we’re doing here at The Manchester College.”

Cathryn-Jane’s winning garment will be on display for a week at Manchester Airport.