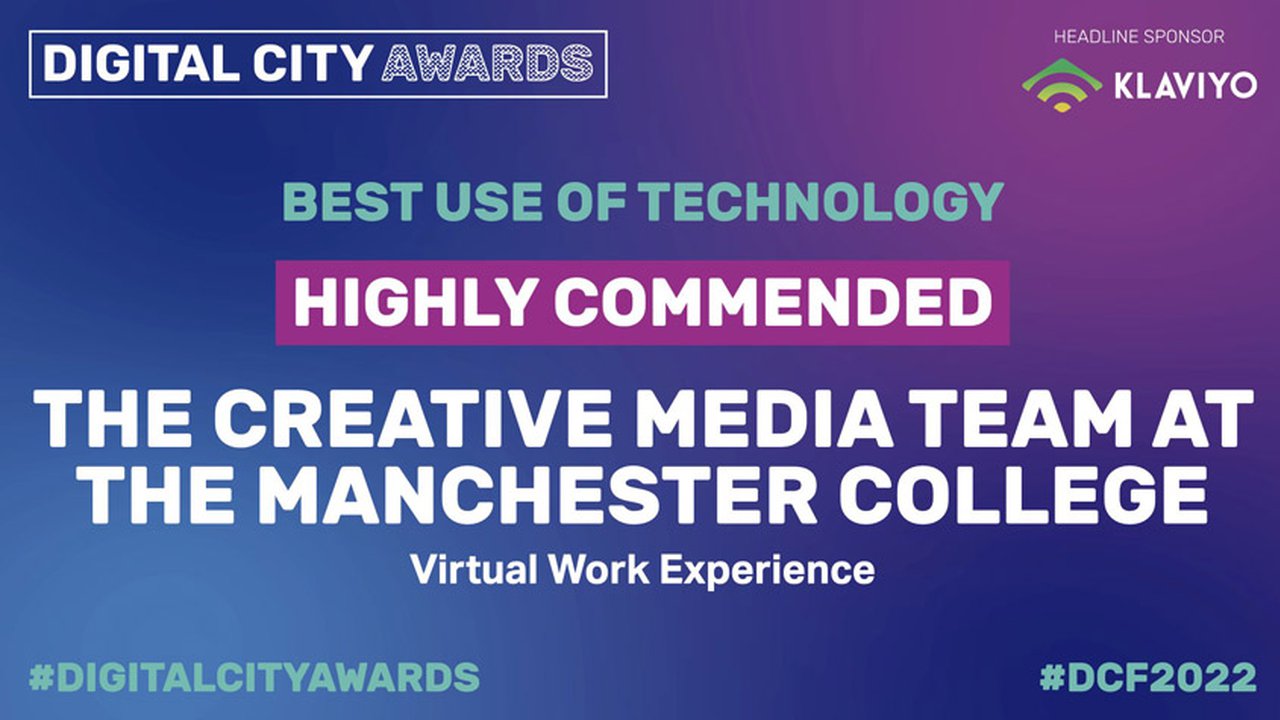 The Manchester College ‘highly commended’ for its use of technology.

The ceremony took place on Thursday 10 March at Manchester City Football Club’s Etihad Stadium. The awards, which recognise and reward organisations, teams and individuals for their contributions to building a better future through technology, formed part of the Digital City Festival, an event that ran between Monday 7 and Friday 11 March.

With support from the Ideas Foundation and charity clients, The Manchester College’s Creative and Digital Media team were recognised for continuing to offer work experience opportunities to Level 3 students despite local and national restrictions and lockdowns as a result of the global pandemic.

This is the second time in quick succession that The Manchester College’s Creative and Digital Media team has grabbed the spotlight having recently been named a finalist for the Educate North Awards 2022.

The winners of this year’s Educate North Awards will be announced at a ceremony on Thursday 7 April at The Midland Hotel in Manchester.