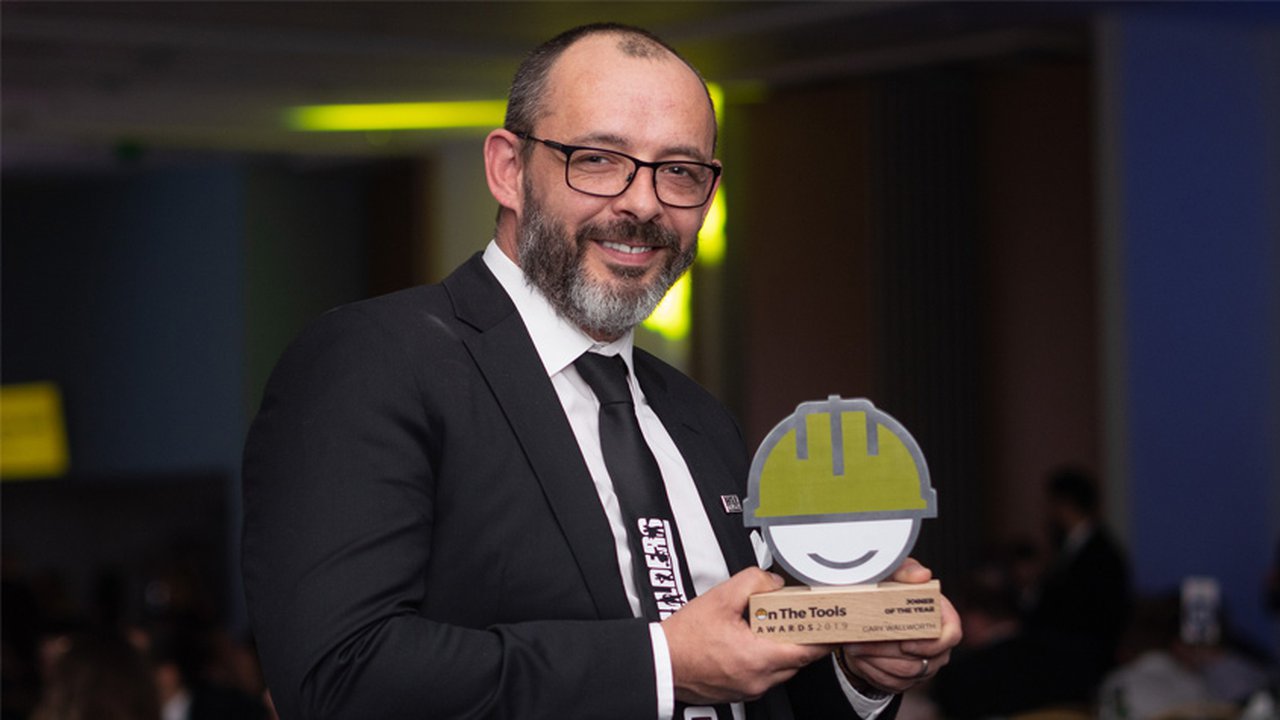 Gary crowned Joiner of the Year

A joinery tutor from The Manchester College has been crowned Joiner of the Year at a prestigious awards ceremony.

Gary Wallworth scooped the top title, which recognises the UK’s best joiner, at a glittering award ceremony at Edgbaston Cricket Ground, Birmingham, hosted by online construction community On The Tools.

The tutor, based at Welcomb Street next to Openshaw campus, won the category following a public vote and was presented his trophy by comedian Justin Moorhouse.

Gary said: "I was so surprised to be nominated and even more surprised to win! When they read my name out I actually carried on clapping because I really didn’t expect it to be me.

The whole process has been very humbling and I’ve been very much supported by colleagues at The Manchester College who submitted nominations. It has also been great to be able to promote the work of Band of Builders group that I am involved with.

Alongside his teaching, Gary is also part of the Band of Builders (BoB), a self-described ‘movement’ of tradespeople who undertake construction projects for families who are going through tough times.

Band of Builders visited the Level 2 Carpentry and Joinery students in December 2018 to talk about the work they did and the online ACT (Apprentice Training College) group, which allows students to share construction projects and receive professional advice.

Picture credit - On The Tools.

Find out more details about our Construction and Engineering courses.