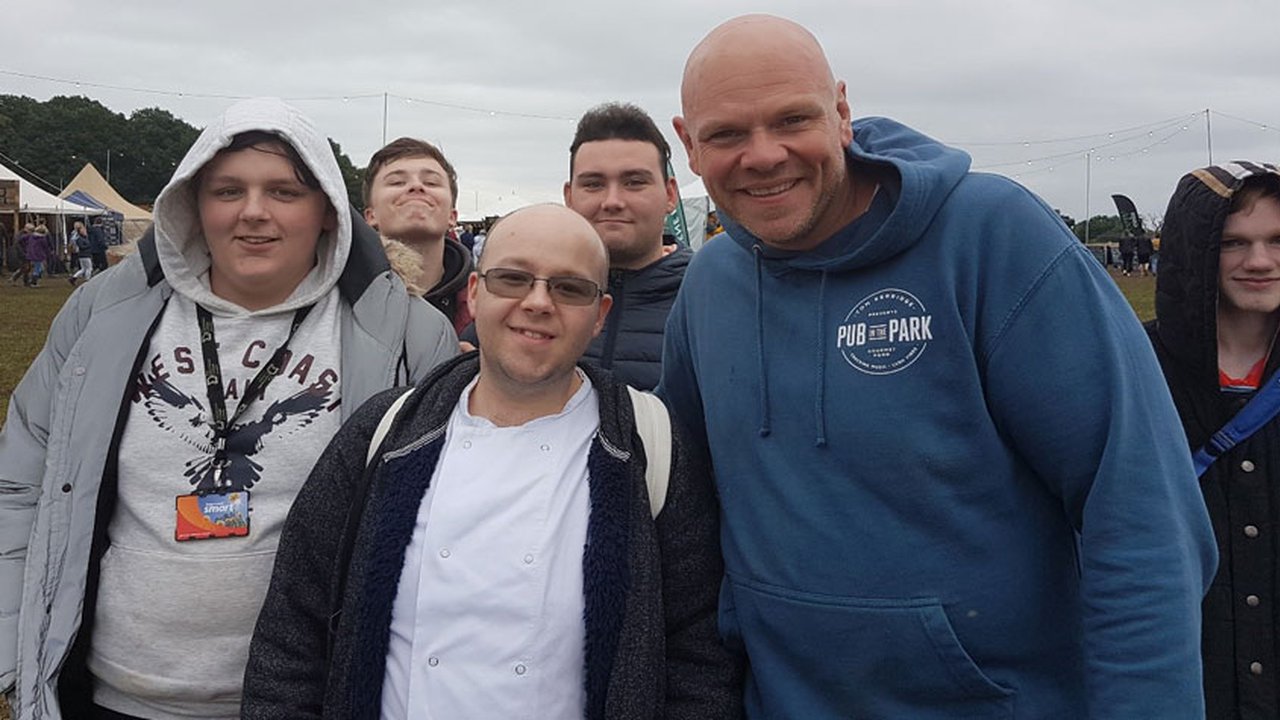 Foodie festival Pub in the Park saw students from The Manchester College showcase their kitchen skills and secure employment as a result.

Six catering students at The Manchester College took part in the three-day food, drink and music festival, organised by celebrity chef Tom Kerridge, which saw a number of top chefs show off their Michelin starred and Rosette standard foods at the Knutsford event.

And to round off a successful event, students Jason Wood, Marcus Mellor, Byren Cookson and Keenan Carden were all offered jobs once their course ends, and can attend work placements at those restaurants during their study.

Emma Johnson, Employability and Partnership Co-ordinator, said: “Massive congratulations must go to the students who were outstanding. They behaved like true professionals and did The Manchester College very proud.

“I had amazing feedback from all the chefs and we have been praised by the event organisers, even Tom Kerridge himself who want us back there next year.

In addition, Angela Harnett was really impressed with the College’s commitment to the event. Fingers crossed we get a few placements in her Murano restaurant in Covent Garden.

Find out more about the range of Hospitality and Catering courses available at The Manchester College.